A few studies have indicated that at least some of these supplements are successful at providing most users with beneficial results, so it is no small wonder that people who are looking for a temporary mental boost turn to smart drugs. Surveys have found that up to 11 percent of U.S. students use nootropics on a regular basis, and some of the top entrepreneurs from Silicon Valley are now publicly sharing their interest in these products! 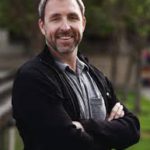 According to CNN, author and entrepreneur Dave Asprey, who is best known for founding “The Bulletproof Executive,” is a big fan of nootropics.

Asprey takes as many as 15 of these supplement pills on a daily basis, and he credits smart drugs such as Piracetam with allowing him to “hack his own biology” in order to improve his health.

Asprey says that he used to battle regularly with “brain fog,” but this problem was reportedly eliminated after he started using nootropics.

‘Smart drugs’ help improve memory?  Interestingly, claims that Piracetam enhances focus, improves memory and increases learning have been looked at by scientists as a possible treatment for patients with Alzheimer’s and dementia.

Although these studies have not led to the widespread usage of this nootropic by medical professionals within the U.S., they have determined that patients who take 8 grams of Piracetam daily are able to get better results while taking certain memory subtests.

Asprey’s success with smart drugs inspired him to begin selling some of his favorite supplements, and he reports that many of his customers are high-level executives and business owners who operate within the Silicon Valley. 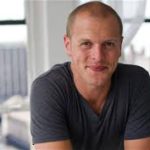 For example, investor and entrepreneur Tim Ferries has been experimenting with multiple nootropic stacks, and he indicated that he believes taking supplements is worth it!

The reality is that it is not easy to make it in Silicon Valley, and there are billions of dollars on the line.  Therefore, doing something to give himself an edge in such a competitive business world definitely makes sense due to Ferries’ chosen career path.

Asprey also echoed Ferries’ sentiments by saying that “the quality of my life is so much higher now” as a result of taking smart drugs, and any potential future side effects will have been “worth it.” 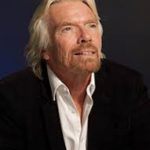 Sir Richard Branson was involved in a marketing campaign in 2011 for the Virgin Produced film “Limitless,” starring Bradley Cooper.

Although the advertisement can definitely be seen as nothing more than hype for a movie, it is intriguing that it poses a question about whether or not Branson utilizes smart drugs.

When you combine this with his recent statement against the U.S. War on Drugs, it becomes easy to see that Branson has a liberal approach to the overall topic of drugs and illegal narcotics.

Other big-name entrepreneurs such as Elon Musk have not publicly addressed whether or not they have ever used nootropics to enhance their cognitive function, but it is clear that smart drugs are becoming a part of the Silicon Valley culture.

What are the benefits of using smart drugs?

Many medical experts have deemed Nootropics the “Smart Drug”.  In fact, the drug is more often referred to, as smart drug, which is what some scientists and users believe, is its main purpose. However, if you have never heard of nootropics, you may be missing out on an easy opportunity to improve your mental health. To help you understand what benefits the smart drug offers a short list is provided below.

Many people are lacking the level of focus required to reach their goals.  Poor focus has been attributed to poor academics. Nootropics can give you a competitive edge when it comes to focus.

Individuals who have a short attention span have difficulty concentrating on important aspects. Attention deficit hyperactivity disorder or ADHD is a mental disorder that causes behavior problems, including difficulty paying attention, difficulty controlling behavior and excessive activity. This disorder is treated with central nervous system stimulants, such as Adderall, Vyvanse, and Concerta.

While some parents will have no problem administering CNS stimulants to their children, others will prefer all-natural alternatives. Whatever the case may be, some children with ADHD will turn away from CNS stimulants, when they reach adulthood, at which point they are able to control their symptoms.

Some people will turn to nootropics for improved attention because they are considered a safer alternative to CNS stimulants. You can fill your modafinil 200mg dosage at any online drug store.

In order to succeed in life, you must be able to remember things for the short-term. Individuals with short-term memory problems struggle remembering from one minute to the next. Nootropics contain properties that are capable of improving short-term memory. Today, researchers are working to finding a connection with Alzheimer’s disease and nootropics. Some studies have yielded some beneficial results.

While there are not enough scientific facts available to determine if nootropics improve cognitive performance, college students around the world believe they do. Students in Germany and the United States utilize nootropics rather than recreational drugs because they desire better cognitive functions.

Some nootropics contain properties capable of enhancing cognitive function by decreasing anxiety and improving mood. Previous studies revealed that decreased anxiety results in improved test performance for several cognitive indicators, including long- and short-term memory. L-theanine and caffeine are classified as mood enhancers, along with Asian ginseng and bacopa monniera. Most people who take nootropics for the first time notice a huge improvement in their mood. Nootropics can reduce anxiety and prevent fatigue while improving your overall mentality. Nootropics are so powerful that most users notice immediate changes 15 to 30 minutes after consumption. However, some people have not reported such drastic changes.

12 Healthy Reasons why Meditation is the Best thing that can Happen to you now !