What is the difference between Adderall and Modafinil?

What is the difference between Adderall and Modafinil?

Adderall can act as a reuptake inhibitor, meaning that it can compete with other neurotransmitters for reuptake. Specifically, it is thought to block the uptake of dopamine and norepinephrine, which are associated with reward behaviors and our nervous system functions, respectively. 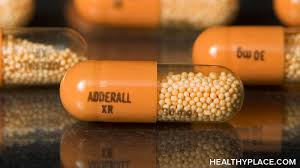 This causes a flood of these neurotransmitters onto multiple receptors, causing neurotransmitter depletion and overexcited receiving neurons. This large “signal” is the reason for the focus, but also responsible for some of the side effects that go along with this class of prescription drugs.

Modafinil, also known as Provigil, is an example of a smart drug that has been used like a nootropic. Modafinil is prescribed to treat sleep disorders, but when combined with a normal functioning brain, can potentially cause increases in cognition and awareness. 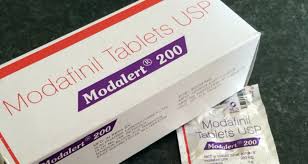 Just like Adderall, the use of these drugs outside the medical field does not make them a nootropic. Modafinil is also a reuptake inhibitor for dopamine, causing the same type of neurotransmitter flood as Adderall.

However, Modafinil may also affect the histaminergic pathway, which deals with wakefulness and the delicate immune response of the body.

Histaminergic neurons in the brain are more active during wakefulness and slow their firing pattern as we rest or sleep. Modafinil’s “beneficial” side effects may come from this heightened histaminergic neuronal activation, but too much activation can cause apoptosis or cell death.

In addition, this has been shown to cause adverse skin reactions that required hospitalization since the histamine pathway also deals with our immune system. Modafinil may increase your intelligence but can be extremely dangerous to the health of your brain and body.

Enter Nootropics, like truBrain’s cognitive blend, and a few other products on the market, have dose-toxicity levels much lower than salt, caffeine, and especially Adderall. 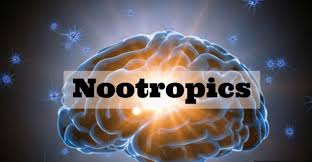 There doesn’t seem to be any neurotransmitter depletion, tolerance or habit-forming potential, adverse body side effects, or impaired brain function, from most true nootropics, by Girugea’s definition.

The mechanisms for nootropics lie within the structural connectivity of the brain, the optimization of blood flow and oxygenation, and the fortification of brain regions over long-term consistency. Nootropics act more like a super supplement to protecting the brain.

Girugea’s own first synthesized nootropic (in 1964) is still in use today and has been shown to have effects on mitochondrial metabolism, cell membrane fluidity, and functional connectivity in the brain.

Piracetam is this poster child for nootropics, and one of the main ingredients in truBrain nootropic blends. It is one of the only compounds used in that formulation that can not be found in nature, however, it was originally derived from – and has structural similarities to – the neurotransmitter GABA.

Since Girugea bought piracetam to light in 1964, there has been lots of research to support the benefits of piracetam. It has been shown to positively affect our cell membranes and to have neuroprotective and pro-metabolism effects on cells.

The fluidity in our membranes changes with stress and old age, as well as the moment to moment as one method of regulating receptor activity. By keeping our membranes healthy we can promote the cells ability to communicate.

For example, truBrain combines other membrane oriented supplements – including choline. The cell membrane – especially in the brain – relays ongoing control signals and messages from other cells to the inner processes of the cell.

Neurons’ membranes in the axon (wiring) and soma (cell body) help generate and propagate electrical signals, sum distant signals, and even have computational and complex learning functions related to changes in membrane function.

Piracetam along with other truBrain ingredients such as magnesium, choline, and DHA, increases in brain plasticity and are designed to improve cognition and efficiency under processing load – or peak performance, versus remediation.

Did you know that drinking daily a few cups of coffee could protect you against Alzheimer’s disease?

Have You Tried Ashwagandha?

What Foods to Eat to avoid Alzheimer's!